How to find an orkut user email id

Somewhat abashed, I checked, and since the last time I'd sent an email, the interface changed. I discovered that only of of my friends of friends were actually allowing their email to be shown, and the rest now showed a "lock" icon next to their name.

Of course, the first or so on that list coincidentally allowed their emails to be shown, so I had assumed incorrectly that all had. So I sent Orkut's reply out to my "friends of friends" and added links to my blog and this comment:. I'm still quite uncomfortable with privacy issues of Orkut. I've had to reveal more information then I'm comfortable, and the software is too lax in letting me see other people's info, for instance "relationship status" when I've marked myself as not interested in that.

Maybe Orkut is just trying to be too much. I sent an email back to Orkut saying that I'd sent this email, then continued to get a lot of replies to my original email, and I discovered that I was now in Orkut "jail". This meant that I could not send messages, could not add friends or groups, etc. No reason was given for why I was in jail. The only reason why I'd seen other people in jail was because they had added too many friends too fast. I could only assume the worse. I'm out of Orkut "jail" this morning, but I still don't have any explanation of why. I continued to get replies both in support of my concerns:.

I tend to agree with you.

How I made 200$ for Doing Nothing (Literally) from My Blog

I've learned more information than I expected about people. Also it's been a little odd to see people I know professionally on orkut, since I first conceptualized it as a social-friends service. Then again, I've found professors on Friendster, which is much more explicitly social, so perhaps I'd better just accept that these people have lives.

At the same time, I think that Orkut's attempt to be all things to all people has helped it take off.

How to find friends in orkut

I feel easier asking professional contacts to join orkut than I would for Friendster. It seems like less of a big deal to add someone to your orkut list rather than on another more focused service, as there is a level of plausible deniability as to intention.

I don't want to be too harsh, but if perhaps you, and Danah, and Cory don't want to play then really no one is forcing you to play. But whining about things that you don't like is just, well, unseemly. I took a break to think on why I responded so negatively when Orkut has the appearance of doing something wrong first, the 'security hole' that was a feature, and secondly the 'jail'.

Then it came to me:. Some of the definitions of 'insecure' are not firm or firmly fixed; likely to fail or give way; lacking self-confidence or assurance; not safe from attack; lacking in security or safety; not financially safe or secure;. The one that fits me the best is "lacking self-confidence or assurance". Why do I feel this way about Orkut? I guess my insecurity started out at the very beginning. As it is in beta, you can't join Orkut, you have to be invited.

This made the place seem 'exclusive' and thus possibly safer. Yet right off it asks you some fairly personal questions: What is your relationship style?

What is your sexual orientation? Who are you living with? Too often, we are hateful toward what we don't understand. But I'm hopeful about our world. I'm confident the more we connect, the more beautiful it will become.

I created orkut with this in mind. It's also why I created the world's first social network when I was a grad student at Stanford, and it's why I have dedicated my life to helping people connect with each other.


So to all my friends, thank you for making orkut such a loving community. I'm so blessed to share this world with you. As a token of gratitude, I am making a new social network just for you. I'm not so good at goodbyes, so I'm calling it hello. I designed hello to help you connect with people who share your passions.

Think about it: you can say "hello" in any language and people will understand. Fear and hatred have no place when you make such a simple and friendly gesture to someone else. So come join me, and make some new friends. Complaints from the first days of public deployment over noise, a confusion of controls, and a lack of clear purpose remain valid. And as a tool to destroy trust and goodwill in Google it's been unparalleled.

This is true, and Google must have noticed. Does that mean they just don't care, or was it partly why Gundotra hit the exit door? 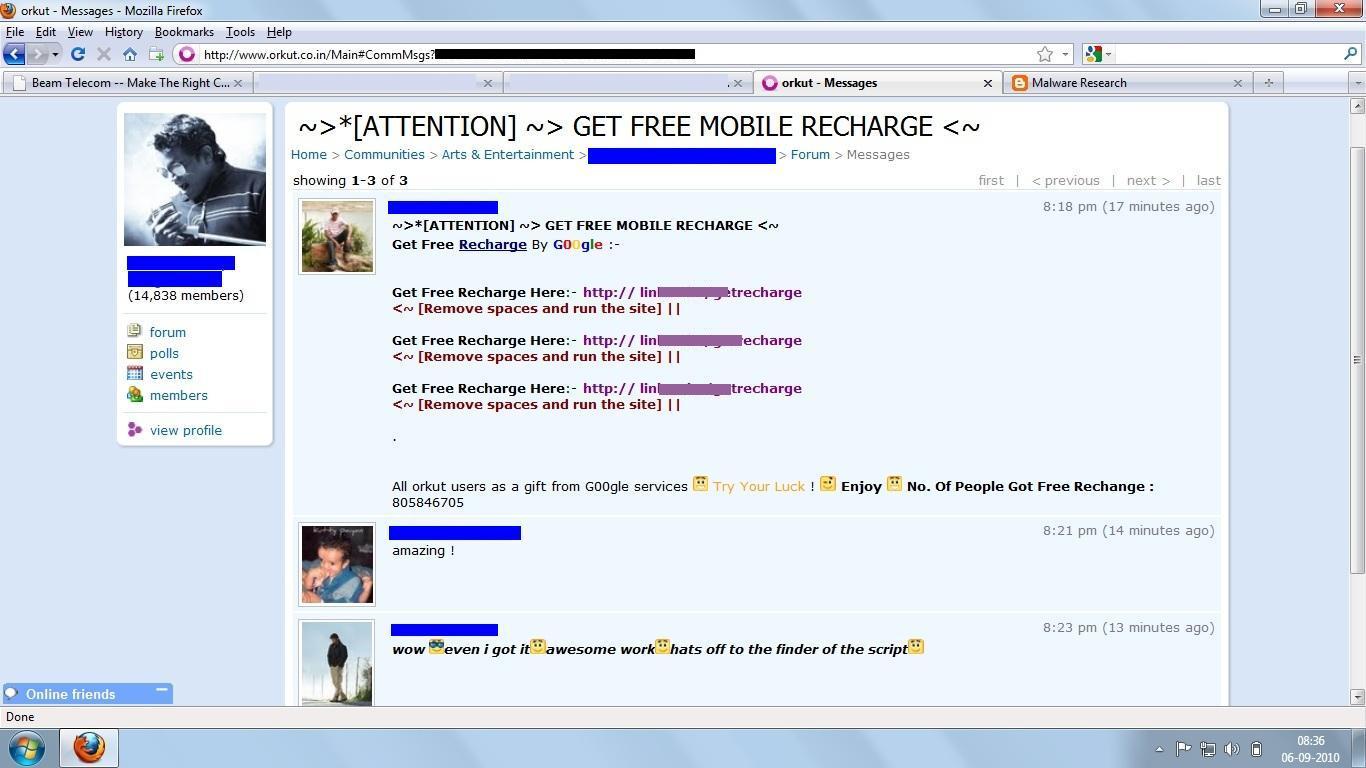 I think that letting Microsoft execs into the tent was a tremendous cultural mistake. The played the lock-in game to its ultimate and absurd conclusion: they don't understand and cannot fix their own software. Google started by offering tremendous value to end-users via search, and finding a minimally viable way to monetize that relevant and non-intrusive advertising.

It was recognized from the beginning as creepy, but so long as you didn't actually personally log in to the search engine, the personal association seemed sufficiently weak to be acceptable to most. That changed with Gmail. Suddenly you were logged in to your search provider all the fucking time.

And that, frankly, weirded me out. I avoided Gmail for a long, long time, and still don't use it for my personal comms. I've made my own peace with Google in that I use Gmail, over IMAP, for a pseudonymous account, and transact my search transactions largely with a different provider who pledges no tracking and I've been in arguments with various folk over the credibility of that, no it's not bulletproof , largely DDG and StartPage both proxied non-tracking search providers.

And yes, occasionally my work mail is served over Google depending on the gig. Then came Google Docs, which further freak me out, storage, and a host of other things.

Evidence is strong that Google felt very strongly challenged by Facebook and felt it had to create its own social offering, whether to compete, head off Facebook, or There was and is also an interest in offering "an identity service", which has been a holy grail of the tech world for at least a couple of decades, and a trope of the science fiction literature long before that. I can credit the latter with part of my own reluctance to buy into the concept: a world in which everything is specifically attributable and hence tracked to a specific identity is pretty close to my definition of totalitarian hell.

I reacted just as viscerally when it was Microsoft's Passport, as well to Facebook sign-on I don't use FB, I won't use services requiring it. Gundotra strongly evidenced a firm belief in the concept, as does Eric Schmidt. Page and Brin have been less outspoken on the concept, but it seems from what I've seen that they at the very least endorsed the concept. If they're driving it, then as I said, the rot goes to and starts at the very head. And if there's a single thing which would most likely destroy Google at this point, even above NSA and other snooping which they could significantly engineer around, though by changing their entire present focus, see Bruce Schneier and Eben Moglen on this in the past year, particularly their joint Columbia University conversation and Schneier's Stanford Law School lecture , it's the snooper state.

I Want To Create New Orkut Email Id But Ho Can I Make It?

To backtrack a bit: I also think that advertising when first adopted by Google in the late s snuck the camels' nose into the tent. Advertising is at its essence deceptive, and at odds with the interests of the recipient. By setting up this relationship, Google both created a dissonance within itself and a misalignment of interests with the end user. I don't know that this could have been avoided figuring out how to tie revenues to Internet services outside of advertising has largely proved a wicked problem , but I think ultimately the camel ended up in, and in control of, the tent.

The trick is more in the undoing than the doing. I've been hoping that Gundotra's leaving might see an unwinding of things.

europeschool.com.ua/profiles/girofiguf/conocer-personas-de-costa.php I haven't fully made up my mind on whether to stay or go. Irony, thy name is Vic. I'm with you there. I still fondly remember Google Buzz and haven't really found an alternative that has the same feel to it yet. I hope there is some post facto analysis a few months from now. IMO Google is risking that this shutdown effectively causes the migration of a few hundred thousand Brazilian Google users to Facebook. For me, if I were a Blogger user, I'd take it as a sign that it's time to migrate. It's funny, but I now trust Google to keep supporting niche products far less than even Microsoft.

Then again, for me the catalyst was when they killed reader and iGoogle.